Hey guys, I'm new to youtube and would appriciate if you watched my video (: if you do enjoy leave a like and comment it would make my day (: oh and subscribe if you reallly liked it ! Thank youuuuuu

Reply
NarrTheMisfit10 days ago
Such a good demo! looking forward to the full release. For pacing, I suggest adding more survival elements and fewer choice-based segments though!
Reply
Polarvoid Studios40 days ago
THIS WAS SO FREAKING GOOD!!!
Reply
Elrenia45 days ago (1 edit)

Actually pretty good and loved the style. I love how much you can interact. made you a lil video:

how is this a demo?! SO GOOD! Thank you for this awesome game.

Glad you enjoy the demo so much :) thank you for the playthrough!

LOVED THE GAME! IT HAD ME ON MY TOES THE WHOLE TIME. CANT WAIT TO PLAY THE FULL GAME!

Thank you very much for the video!

no problem, thank you so much ! I really enjoyed the game!

Am I the only one who notices that this guy is literally The Babadook?

He is influenced from the babadoo

This game is AWESOME! I Can't wait until the full release. I'm there 2023!

Awesome! Thank you so much for the video :)

Reply
Used To Be A Gamer54 days ago

No problem at all. I love the demo and I'm looking forward to the full release

( ͡° ͜ʖ ͡°) Hello there, I made some screenshots :D - feel free to add them to the steam page if you want :P (i will also make a video about the full game when the time comes) 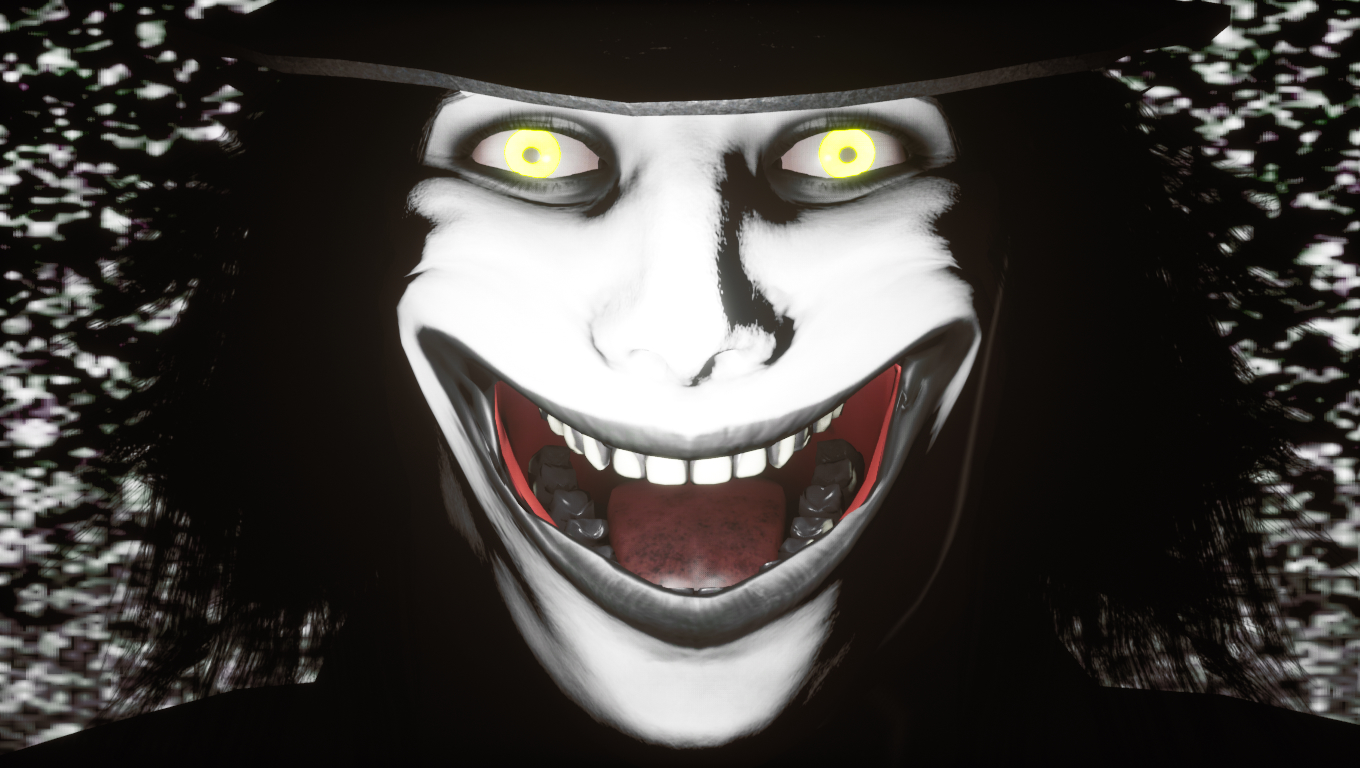 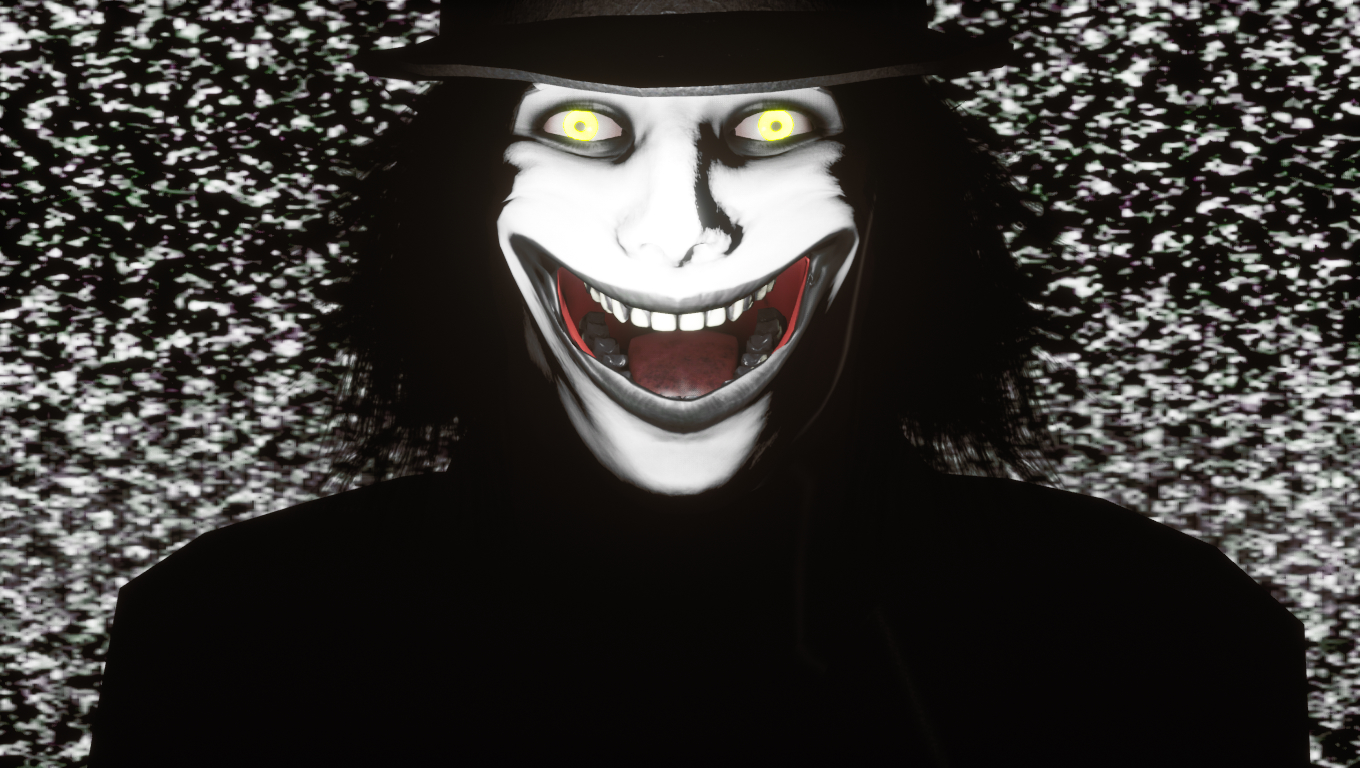 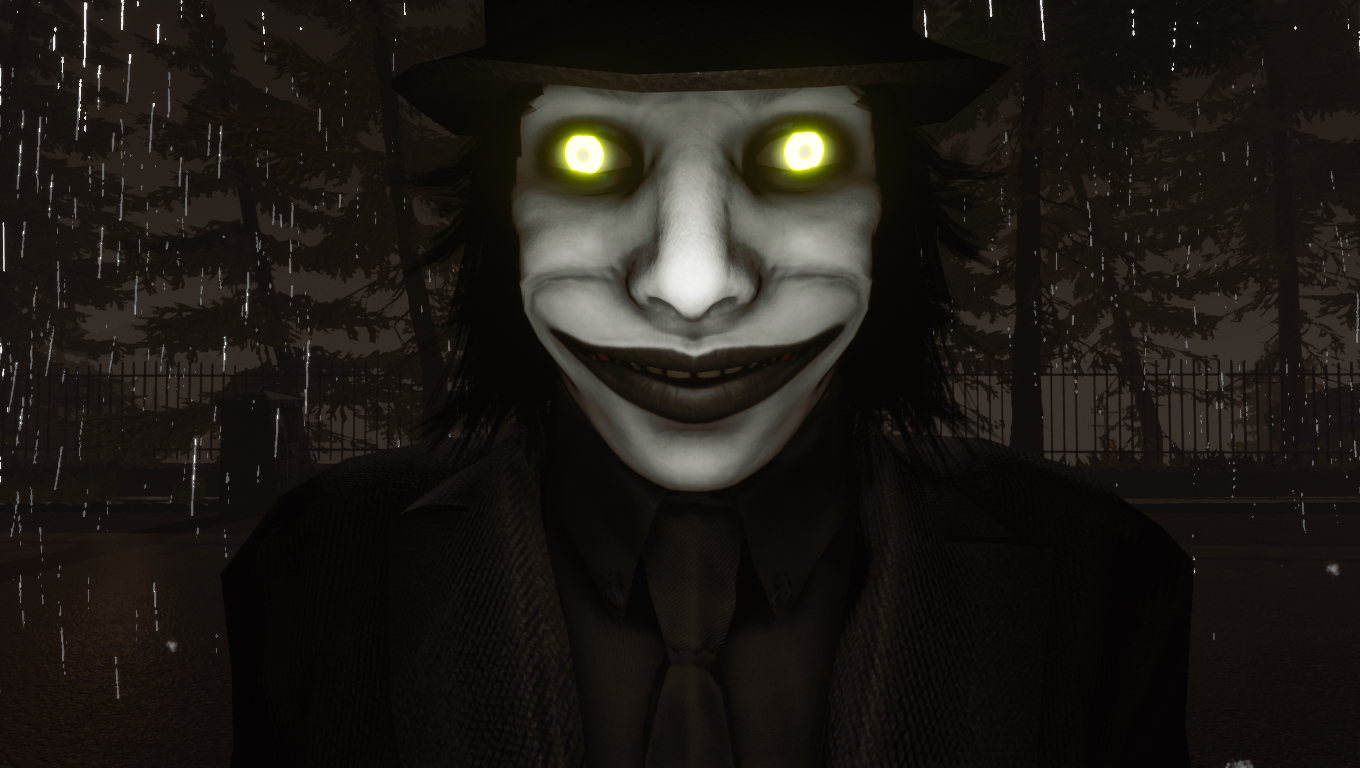 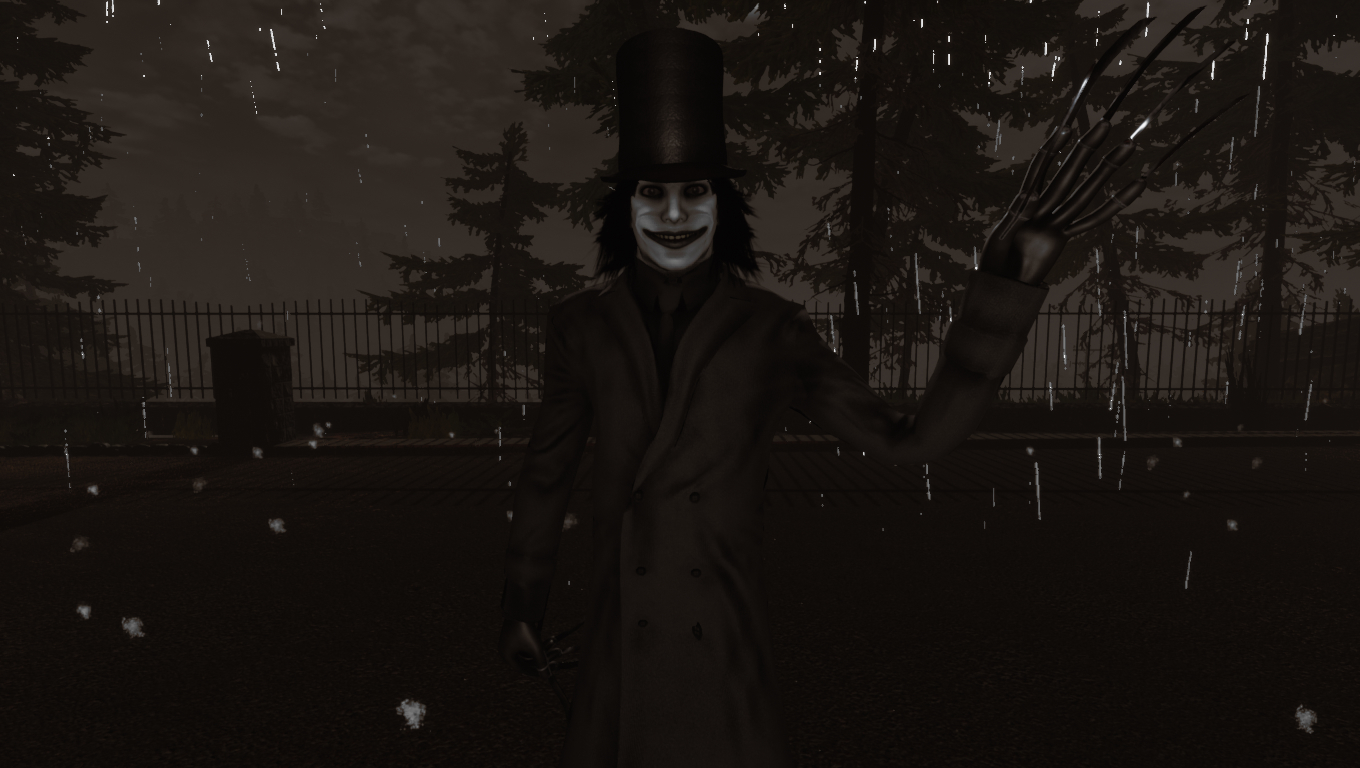 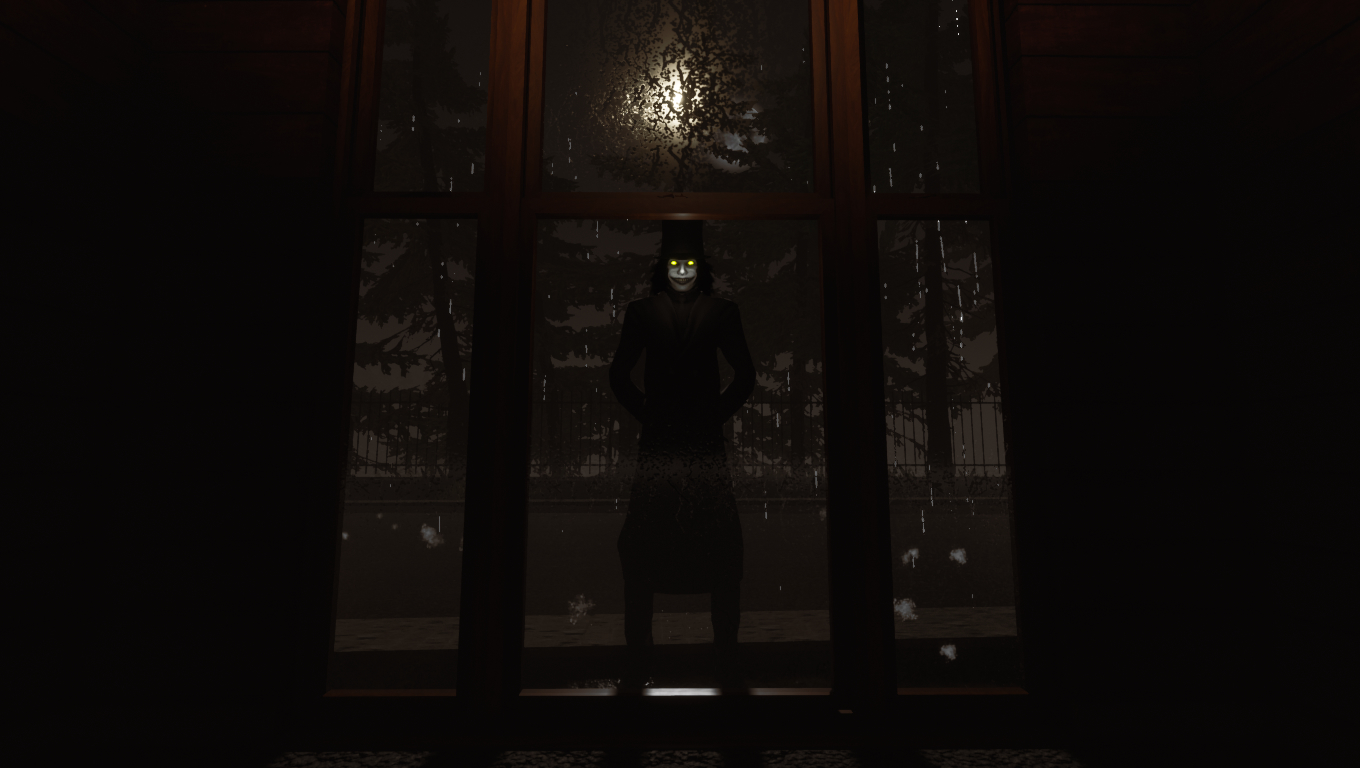 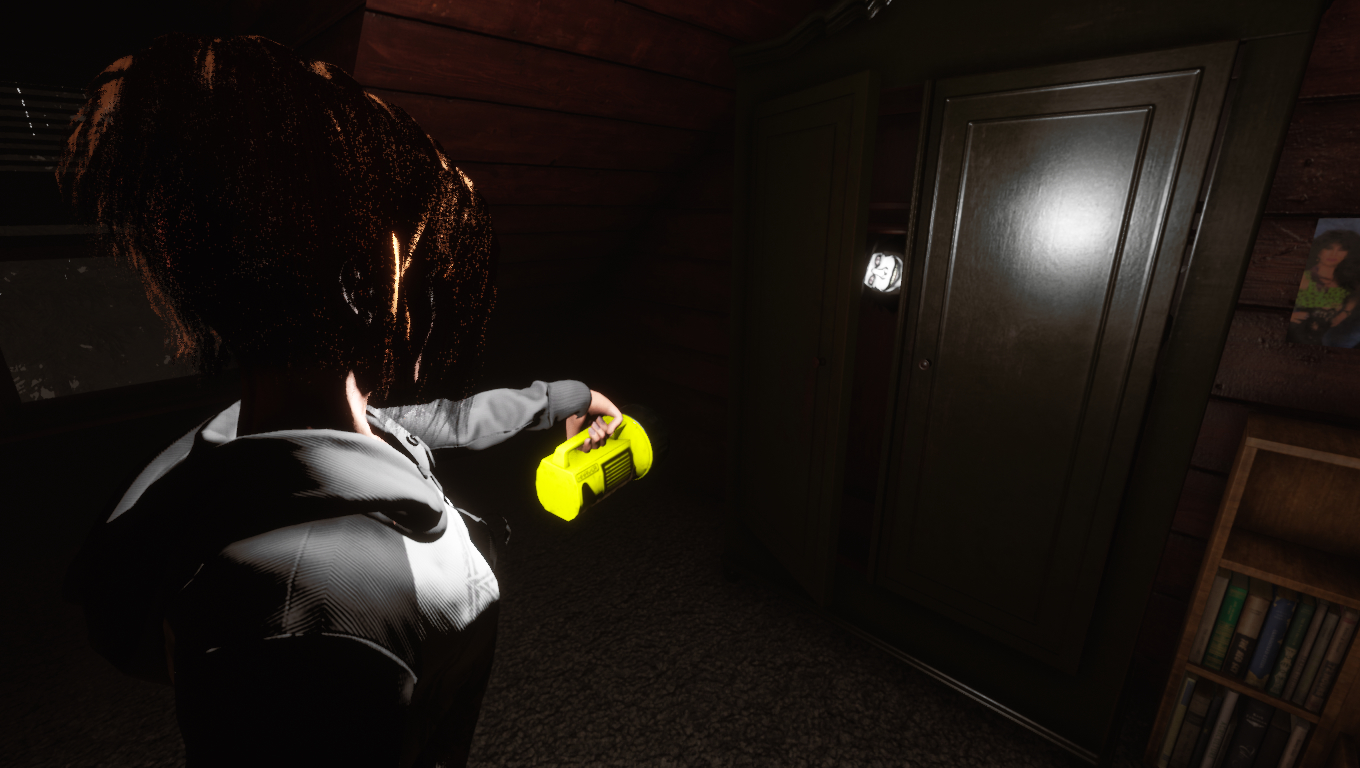 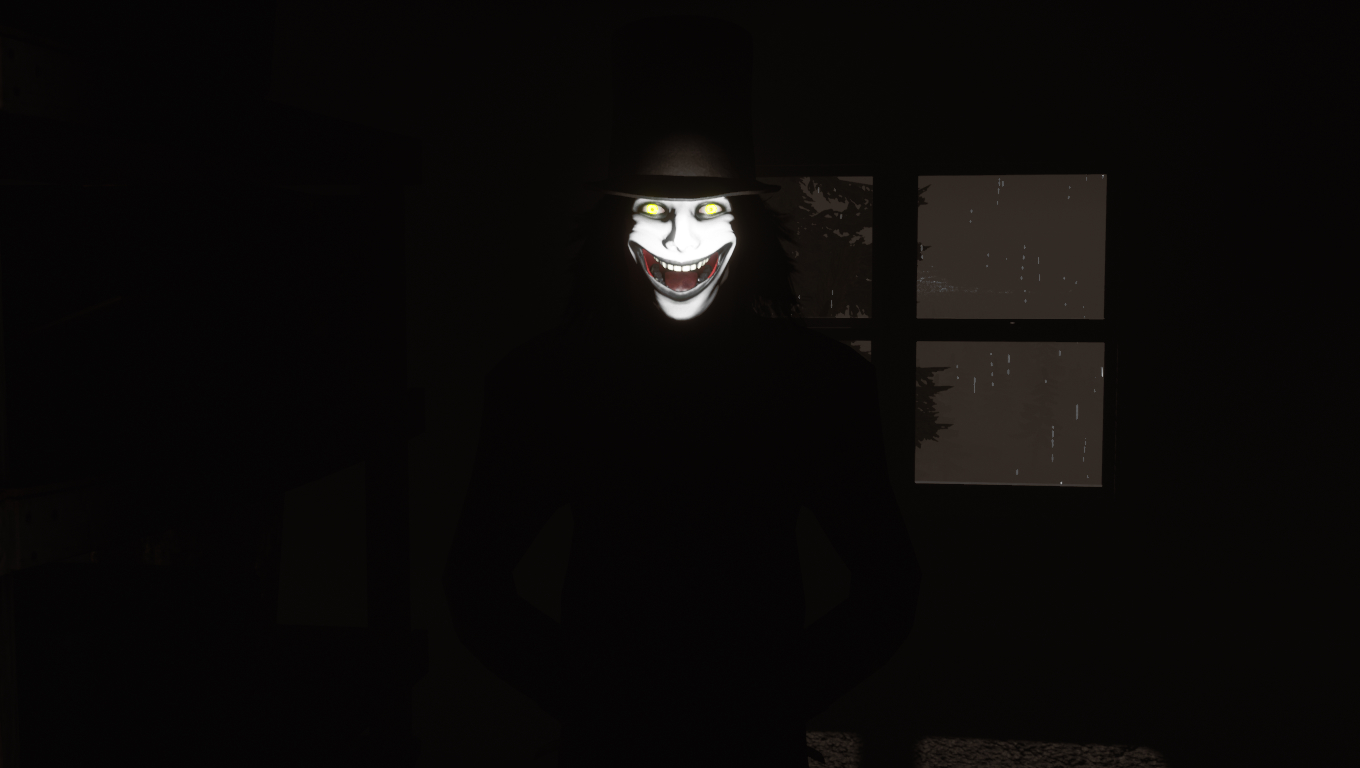 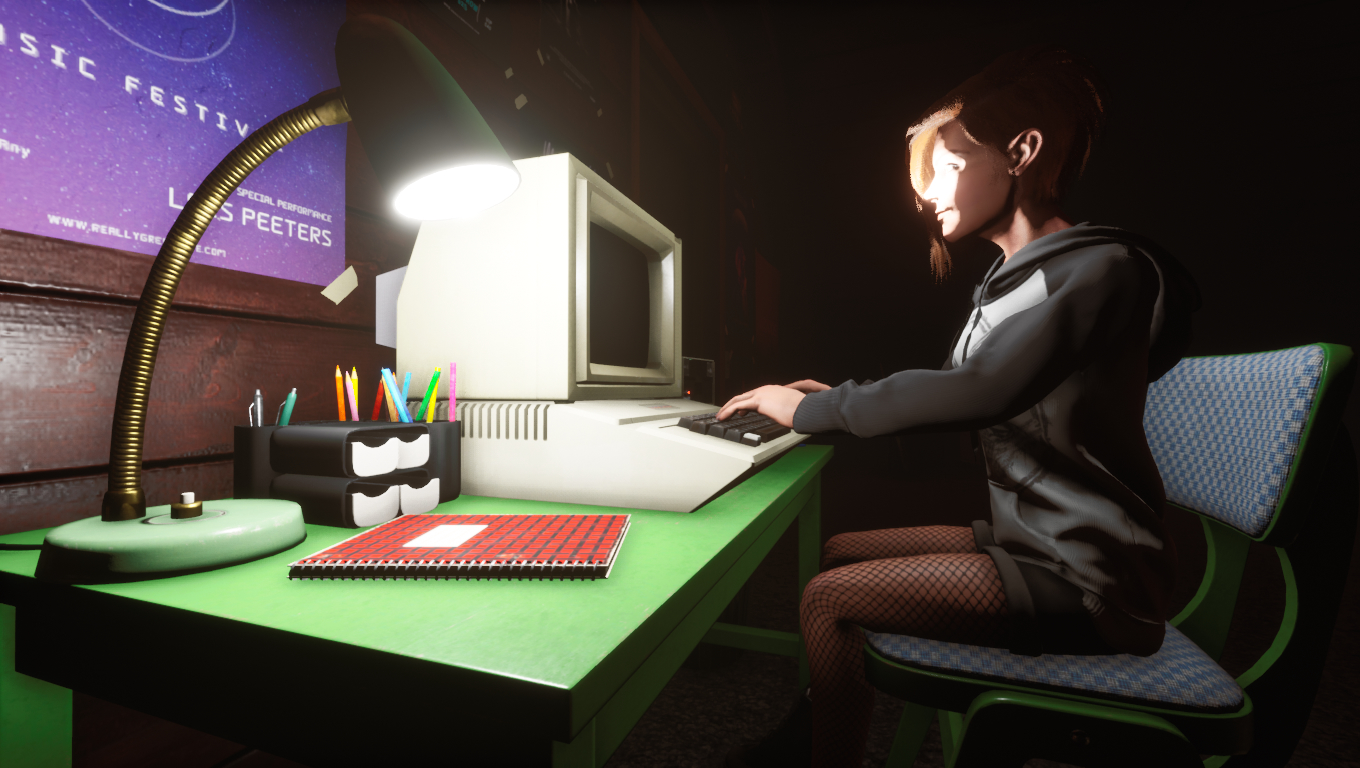 Hey Daniel thank you these are great! I am curious about how you were able to unpossess the player's pawn. I wasn't aware that unreal allows console commands and debugging in shipping builds.

Good question 😉, there are "multiple ways" to unlock the console in UE4 games, one of them being using the Unreal Engine Unlocker. EDIT = i almost forgot about something important, there's a game breaking bug in the demo that occurs when the window downstairs breaks, if the player doesn't wait for Stacey to leave the PC automatically and leaves manually the screen will go black with no fix other than loading the save.

I see, that's cool I'll have to check it out for myself. I feel naked with all my code exposed hahaha. Edit = I have fixed that bug for the full release. I have seen a few people run into it.

heyya awesome  premise ive gotta similar one in my old notebook will be playing soon! :)

This game was really cool! I can't wait for the full release!!

Reply
IGT10067 days ago
I ABSOLUTELY LOVED THIS GAME!  TOP TO BOTTOM GOOD, I HAVE ZERO COMPLAINTS!
Reply
TaintedPact Games63 days ago(+1)

Thank you for the video!

Crazy good game. Terrified me completely lol and I bet you guys will have an amazing full release. Good voice acting and great graphics and at least I didn't have any bugs all of which made this demo a 10/10 for me. Anyways here's my playthrough for anyone -

Heya thank you for the kind words and the video :)

glad you enjoy it :)

Reply
ChiriPoco82 days ago (1 edit)
This was an insanely cool experience which stands on it's own even for a demo. It had really nice production value as too, which assisted in making it stand out. The entire time I felt like I was experiencing the world through the eyes of a B-Movie Horror protagonist (in the best possible way)! I can't wait to see more from Tainted Pact Games!
Reply
Woolfy83 days ago

(START AT 11:56-46:16) The game looked wonderful but there was a guy... No, wait that is not the right word. There was this monster who kept tormenting me and forced me to do weird things on the computer. GG!!!

thank you for the playthrough :)

This was one of the creepiest games I have played so far this year, and really excited for the full release! I was a little stumped at the end of the game, but it was a blast the whole time! Check out the playthrough below!

Heya thank you so much for the video!

Thank you so much for the Game!

Dude, I LOVE this game! I watched almost every playthrough on YouTube and even played the demo myself twice now (the second time was so I could appreciate the work put into the design). The story is great so far! I love the dread feeling that you have to play the game AND keep a lookout for the mysterious man. I can't wait to see what's in store for Stacey and what the mysterious man is going to do. Also, kudos to the voice actors! They did an amazing job.

I did come across a few bugs in the game that I wanted to let you know about:

1. The most common one is where you're on the computer and he breaks the glass downstairs. If I click to get up, it either blacks out or there's a robotic model out of the map.

2. I played the game twice and noticed that during my second run, the window was already boarded up from the first playthrough when I got to the glass-breaking moment. Basically, I couldn't get the wooden planks and nails in the garage because they were gone. The dialogue said that I still had to do it, though.

Those were the only bugs I came across so far!

Mind if I offer a suggestion? It would be helpful to add a font resize option, or just enlarge the font size for the radio broadcasts and also for character dialogue. Even with glasses, I had a hard time reading some of it.

Btw, I noticed there's a full design of Stacey based on the shadows, which is really neat! Are we going to see more of what she looks like? I hope so!

But, yeah! Great job on this game. I'm really looking forward to the full release! :)

Thank you for all your kind words! I'm thrilled you enjoyed the game. Also thank you for the bug report. I have fixed the first bug you mention for the full release. As for the second one, it looks like when you started a new game it did not sterilize the save you had from the first playthrough so some saved triggers/files got carried over. I'll have to look into why that happened.

Thank you for your playthrough :)

Hey Lonewolf thank you for the support and the video :)

Reply
Oyundamix104 days ago
Had a lots of fun playing this game , awesome!
Reply
TaintedPact Games94 days ago

Hey thank very much for making a playthrough!

Feedback on this video would be greatly appreciated, Thanks!

Without a doubt, one of the best horror indie games you can find. Which is really saying something because this game is still only a demo. Will definitely be playing the full release. (My review of the game is at the end of my 2nd video)

Heya thank you for the feedback and for the video. I am glad you enjoyed the game and story so far :)

No problem, super excited for a full release!

Heya thank you for the kind words and the video!

Definitely the scariest game I have ever played on my channel!

Thank you for you playthrough Kain :)

No problem! It was a blast!

Heya thank you for the kind words and the video :)

ALL I GOTTA SAY IS CHEF'S KISS MY BOIIII!!! ABSOLUTELY AMAZING

Thanks for the video, Hooper! Very nicely done!

Absolutely loved this demo!! The only thing that messed me up was the amount of reading. It began to drag a bit until the creepiness of the killer getting closer drew me back in. Overall I loved what you created with this game and I cant wait to play the full version!

Heya Bux Thanks for you video :)

BEST GAME OF THE YEAR!
What an amazing experience. Great work I can’t wait for full game! Keep up the good work👍🏾👍🏾

Reply
Call Me DNA117 days ago

This game looked really nice and the voice acting was pretty good. It was super scary and a unique experience. some times the game was a bit laggy. And if that got fixed then the game would be really really nice. Can’t wait for more!

Heya DNA thanks for the video. The game should be pretty optimized which parts did you experience lag?

Reply
Call Me DNA115 days ago

It was mostly at the beginning when she was getting out of bed. It took a second for some of the texters to load in as well. I'm using a second computer to record so I don't think I should be having issues unless my gaming PC's CPU is just absolutely awful.

as someone who is dyslexic i struggled with this game. i did enjoy it but the reading was way to much. i also got to the end with the chest and didn't have the key, no idea how to get it so just didnt finsh the game. pretty frustrating not knowing how to get the key. i know this is a me problem but just thought id share my experience.

Hey Hex, When I was making this demo I knew some people would have issues with all the reading. I understand it's not everyone's cup of tea but I had an idea and wanted to see it through. I am sorry you struggled, but I am incredibly grateful you still gave it a shot. The key to the chest is found on the corpse that is hanging from the torture device. If you search there you will find it.

The atmosphere in this game is amazing! While on the computer any little sound had me looking over my shoulder constantly!

Hey, Yurei thanks for your video! Glad you enjoyed the atmosphere :)

Great demo! Really fun and scary as hell! I'm a bit of a moron so some aspects of it were lost on me at first but...I got there!

Thank you for the playthrough! Glad you enjoyed it :)

That demo was neat! Like a whole game already :D Saw a lot of influences from different horror games/movies, and love it! That area with couch, TV, and horror cassettes, I just fell in love with it. My little dream is to have a corner like that, for my horror binge watching ^^

Also love the moment with window and hand on glass :3 was amazing!

Heya vashido! I really enjoy the video thanks for posting it :) Glad you enjoyed the demo! I built the house as my dream house hahaha

Reply
Ionprime119 days ago
SPECIAL THANKS TO YOU TAINTED PACT GAMES for making this interesting game, though I do believe I found a glitch/broke the game (seen in the video) Still love the text based games with added graphics it's actually a neat idea, not my first game to have this style but yours is much smoother.
Reply
TaintedPact Games119 days ago

Ahh I see what happened there interesting little bug. Thank you for reporting that I'll definitely get that fixed. Thanks for the playthrough! I'm watching it right now.

Thanks my friend, yeah the bug happened just as the glass smashed, not sure why it happened but it was weird being outside under a large robot mannequin. Still if you want to chat about your game more hit me up on my discord, I want many devs coming there and showing their games.

Yea I was looking over the code today I found the problem. It was a quick fix. But yea shoot me your discord.

the text adventure was awesome. cant wait to play more\

Super creepy! I really liked it, so did my audience!

Thank you Yami and thanks for streaming it :)

we must protect the eggs